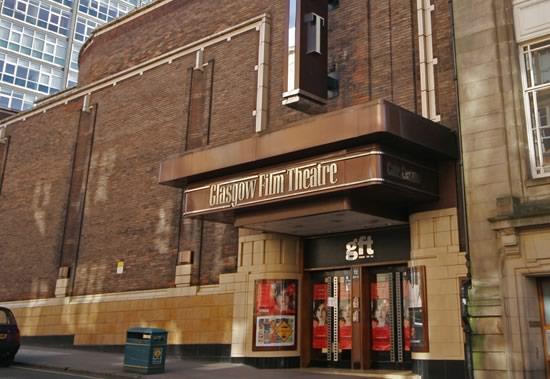 The Glasgow Film Theatre (GFT) is regarded as one of the country’s finest independent cinemas, critically acclaimed by leading players and directors in the specialist movie industry. This specialist cinema plays a central role to Glasgow’s cultural programme, showcasing an average of 450 screenings annually in two of its movie theatres. What is special about the GFT is that movie aficionados have the rare opportunity to view a wide selection of alternative and world film that would not otherwise be available on TV and mainstream movie theatres.

The GFT's eclectic repertoire has a strong international flavour and embraces new and innovative cinematographers, movie makers and festivals by regularly showcasing their films to the wider audience and presenting their works at the recently formed Glasgow International Film Festival which takes centre stage at the Glasgow Film Theatre since its inception in February 2005.

A Glasgow Institution, per se, The Glasgow Film Theatre opened to the public in May 1974 and is owned and managed by the Scottish Film Council who took over the former Cosmo Cinema that year. Housed in a prominent art deco building dating from 1939 , the Glasgow Film Theatre enjoys a central location in Rose Street, adjacent to Glasgow’s vibrant Sauchiehall Street and entertainment district. Avid cinema goers can select from a rich programme of world movies from France, India, Eastern Europe, Japan, Latin America and Australia combined with a nostalgic repertoire of old favourites on any given week of the year.

Formerly housing an auditorium for special events, The GFT has transformed its auditorium space into Cinema One, with a capacity of 404 and its conference area into Cinema Two in response to the growing demand for alternative cinema. Named in honour of the original cinema that once occupied this landmark building, Café Cosmo was introduced in 1991 to GFT audiences, serving as relaxed and informal meeting place, purveying a varied selection of alcoholic beverages, refreshments and light snacks prior to catching a matinee or evening film.

Recognised as a centre of cinematic excellence worldwide, The Glasgow Film Theatre has welcomed a host of household names through its doors over the years, including Robert de Nero, Martin Scorsese, The late Christopher Reeves, Quentin Tarantino, Ewan McGregor as well as a host of familiar faces from the Scottish Movie industry such as Robert Carlyle, Bill Forsyth, Peter Mullen to name but a few.

The GFT is paradise for those passionate about film, offering a magnificent repertoire of world cinema, past and present combined with a series of events and festivals throughout the year forming an integral part of its dynamic programme. Capture a sense of art deco elegance and chic within its magnificently refurbished interior and enjoy an relaxing evening of escapism, a world apart from the pressures of everyday life at Glasgow’s finest movie theatre, the GFT.