ALL SCOTTISH
DESTINATIONS
Discover Glasgow Things to Do in Glasgow Museums The Auld Kirk Museum
Best Rate Guaranteed - No booking fees - Save Money! 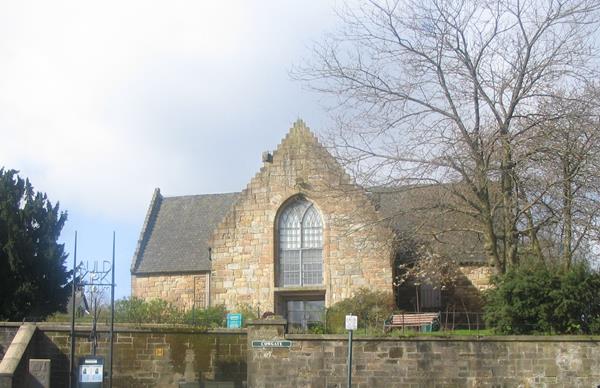 The Auld Kirk Museum and graveyard are situated in one of the oldest sites in Kirkintilloch. The grade A listed building is a handsome piece of architecture, which was built in 1644 to replace the 12th century St Ninians Church. The site at Kirkintilloch Cross had previously been occupied by a 14th century chapel to the Virgin Mary. The building is of Greek cruciform plan.

The date stone from 1644 is still clearly visible on the exterior south gable wall of the Auld Kirk. Near the main doorway can still be seen the remains of an iron ring to which a chain and iron collar would have been attached to people guilty of a variety of crimes in the 17th century. This collar known as "jougs" was put on these people while parishioners assembled on a Sunday for the church service.

By 1913-1914 the church became too small for the congregation, but the Auld Kirk continued to be used as a Sunday school until 1941 when the Town Council took over the Auld Kirk, re-opening it in 1961 as the town's museum. Next to the Auld Kirk is the Barony Chambers, built in 1814-15. It previously functioned as the town hall, council chambers, court house, school and jail.

The Auld Kirk is situated near to Peel Park in which a Roman Fort on the Antonine Wall was once located. In the park itself the bandstand and fountain were recently refurbished to their former glory and at the same time benches were introduced so locals and visitors alike could sit in the quiet surroundings of the park and enjoy the view. A castle belonging to the famous Comyn family was built here in early mediaeval times, but was probably destroyed in the 14th century, perhaps on the orders of King Robert the Bruce. In 1897-98 the land was converted into a public park . In addition, at the entrance to the Peel Park, the War Memorial Gateway has been refurbished.

Exhibitions in the museum vary but include a diverse range with everything from local history to photography running throughout the year. If you were planning a visit to the Auld Kirk Museum it would be wise to check in advance to see what exhibits are on at that time.

The Auld Kirk Museum is the principal museum for East Dumbartonshire and contains a souvenir shop selling a range of local historical products and literature. The museum also houses a collection of objects of national and international significance, which are interpreted in an innovative and educational way.

East Dunbartonshire Libraries has a wealth of information about the history and heritage of the local area. Kirkintilloch library is just across from the Auld Kirk Museum containing many historical and interesting archives.

Getting the Auld Kirk Museum is simple, it is based at Kirkintilloch cross which is accessible easily by public transport links or by car. The national canal cycleway is also within easy reach making it an ideal family destination for a day out. Regular buses also run to Kirkintilloch cross from Buchanan Street bus station.